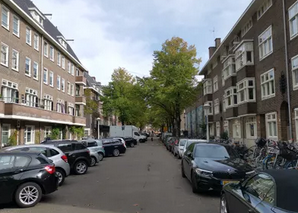 The Neighbourhood Budgets is an initiative to spend 500.000 on and for the residents. A broad participation of residents is crucial. D66 Amsterdam South sees that the participation process is not accessible to international residents because all the communication is done in Dutch. Despite several formal advice attempts to the Council Executive to make this information available in English, it has yet to be arranged. D66 South wants to see that changed quickly.

A letter to residents about the Neighborhood budgets was entirely in Dutch. Online there is a video available with English subtitles, which explains what the budgets are, however, the rules guiding submissions are not. This makes the information available wholly insufficient for internationals to access the Neighbourhood Budgets.

D66 South strives for a transparent, inclusive and democratic city and that is why we offer a translation of the rules located below on this page and offer our assistance to any international wishing to participate in their local community.

What will you do with € 100,000 in your neighbourhood? Neighbourhood Budget – Amsterdam South 2020

Cast your vote and decide how the budget is spent!

More than 118,000 residents aged 12 and older in the Amsterdam South district have received a personal letter with a unique voting code. With the help of this code they can determine how the grant of € 100,000 will be spent in their area.

Vote now for your favourite plan

The finals of neighbourhood budget Zuid have started! In Oud-Zuid, De Pijp, Rivierenbuurt and Buitenveldert/Zuidas areas, a total of 69 plans have reached the budget’s final round. As a resident, you can decide, starting Thursday October 1st until Wednesday October 21st which plans will be implemented in your area!

Residents, entrepreneurs, and organizations could submit and like plans throughout the month of June. This period is now over. Of the 257 submitted plans, 125 plans with insufficient likes have been dropped. 132 plans will continue to the next round (see step 2).

The South District has tested 132 plans (with at least 50 likes) for feasibility. In this phase, the plans, in consultation with those who submitted there, were further developed and ultimately tested.

We looked at, among other things, the Dutch and municipal laws and regulations and the rules for Neighborhood Budget Amsterdam South 2020. In addition, we examined whether a plan can be implemented within the stated budget of their plan.

The result of the feasibility tests has been discussed with the plan submitters. In addition, the results will also appear on the website. A total of 69 plans have gone to the final round.

Step 3: Meetings with voting round

It was intended that, after the likes and feasibility test, meetings would take place with a voting round to determine which plans would go to the financing round. Those meetings sadly have had to be canceled!

The 5 plans with the most likes would go straight to the final round and residents would select up to 20 plans. This way, up to 25 plans would advance to the final round. We have decided to cancel the extra voting round.

Due to the feasibility test, the number of plans in 2 of the 3 areas is already less than 25. This makes an extra voting round unnecessary. Additionally, Covid 19 measures to prevent the spread of the virus had made it imprudent to host such an event.

Thanks in part to your voice as a local resident, it is clear which plans have reached the final budget round.

In the final round, every local resident of 12 years or older can, for their area, can decide how the neighborhood budget of € 100,000 is spent over the plans. For this, all residents aged 12 or older have received a letter with a unique voting code. This allows you, as a local resident, to vote for the submitted plans.

You can select the plans you like for the neighborhood on the website by clicking on them. You do not necessarily have to use up the full amount. You can also vote for one or more plans. This budgeting can be done online and offline.

The Oud-Zuid, De Pijp, Rivierenbuurt and Buitenveldert, Zuidas areas each have a neighbourhood budget of € 100,000 to spend. You can see per area which plans have reached the final round. The residents are now in charge. What are you going to do with € 100,000 for your neighbourhood?

In addition to these 3 neighbourhood budgets, budgets have also been made available for the Diamantbuurt (De Pijp, Rivierenbuurt) and the Marathonbuurt / Bertelmanpleinbuurt (Oud-Zuid). Separate rules apply to these neighborhoods.

The road to the final

The Neighbourhood Budget (Buurtbudget Zuid 2020) project started in May, when residents and entrepreneurs were asked to submit plans for improving their neighbourhood. The month of June was all about submitting plans and ‘liking’ plans. The South District received no fewer than 257 plans. Of these, 132 plans with sufficient likes (at least 50) went on to the second round, in which all plans were tested for feasibility.

The plans were tested by the Buurtbudget Zuid 2020 project team and with the help of experts from various municipal departments. Extensive communication rounds were made with most of the plan’s submitters, to finalize the open questions about the plan’s content and, among others, costs.

In total 69 plans are going to the final. These plans can be voted on. Below are the numbers of plans per area:

How does voting work?

The following steps are required to vote for your favourite plans:

Use your personal voting code from the letter you received

The plans with the most votes will be implemented

Voting is possible starting on Thursday October 1st until Wednesday October 21st. Any resident of the three areas aged 12 or over can participate. When voting, you can spend all or part of the € 100,000 on your favourite plans. You can see which plans received the votes on the website. This way you can follow the voting process up to the final result.

“We are pleasantly surprised by the large number of plans submitted by residents and entrepreneurs for the neighbourhood budgets,” says Rocco Piers, member of the executive board of the Zuid district.

“Many good and often very creative plans have been submitted. The neighbourhood budgets generate a lot of positive energy in all areas of South. It is now up to the residents to act. The finalists are people and parties who have made plans that have support and are feasible. ”

And: “Voting makes this project very exciting. The residents can now decide for themselves which plans are implemented. I am very curious about the results! ”

Do you need help with internet voting? Please contact us via omgevingbudgetzuid@amsterdam.nl. We can also be reached by telephone on working days from 11:00 to 12:00 via telephone number 06 1481 4074. You can also send us a WhatsApp (voice) message via this number.

We are happy to help you vote. We can make an appointment with you to enable physical voting. We do not organize meetings due to the measures against the spread of the corona virus. The voting for plans relates to the areas Oud-Zuid, De Pijp, Rivierenbuurt and Buitenveldert, Zuidas.

Do you have questions? Please contact the Zuid district via neighborhoodbudgetzuid@amsterdam.nl or via telephone number 06 1481 4074.

In total 69 plans are going to the final. You can now vote on the plans in this final budget round. To do this, go to the page of your area. You determine together with other residents which plans will be implemented.

2 neighbourhoods with their own budget

In addition to the 3 areas of the Zuid district, 2 neighbourhoods will receive extra attention, each with its own budget of € 100,000 . These are the Diamantbuurt (De Pijp, Rivierenbuurt) and the Marathonbuurt / Bertelmanpleinbuurt (Oud-Zuid). As a resident of one of these 2 neighbourhoods, you can go here for more information about the neighbourhood budget in these neighbourhoods and for a plan.

We assess the submitted plans based on a number of criteria.

Conditions for funding requests for local projects and plans:

In addition, you must consider:

Do you want to know more? Please contact us by e-mail neighborhoodbudgetzuid@amsterdam.nl. We can also be reached by telephone during office hours on Monday and Wednesday from 11 am to 12 pm, via telephone number 06 1481 4074. You can also send us a WhatsApp (voice) message via this number.