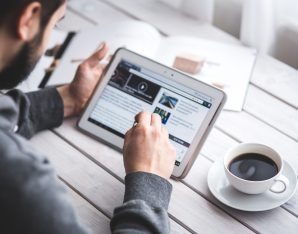 The district of Amsterdam South has created a special budget in 2022 for
communication with internationals. D66 welcomes this decision as the party has
asked on numerous occasions the past years to use English in communication with
residents. This was done in some cases, but not in a planned way; it was up to
individual civil servants to decide.

More inclusive
With the use of English in its communication, the Amsterdam South-district will be
more inclusive in reaching all residents. Many citizens in South have an international
background and these citizens are not reached when only Dutch language is being
used. This is not only valid for information about for example garbagecollection or
how to report a damaged streetlight. It also makes it easier for residents to get
involved in planned changes in their street or neighborhood (like e.g. the redesign of
a street or constructing a children playground)

It does not only help English-speaking residents. The translation (for example with
Google translate) from English to other languages will be easier than from Dutch,
D66 district-councilmember Alexander Doijer knows. Doijer, himself an international, raised in Brazil: “This is great news for all those internationals here in Amsterdam South, who want to get involved or at least want to know what is happening in their neighborhood. Until now it was up to each project or
city officer to decide whether or not information was given in English as well. I hope with this money each and every project will be communicated also in English.”

Higher response rate
In 2021 a survey was held under citizens in Amsterdam South and for the first time
this was done as well in English as in Dutch. The result was phenomenal: 19% of the
residents responding used the English version. This proves that internationals want
to be involved. D66 also advocated that information about the so called
“neighbourhood budgets” should be communicated in English. These budgets allow
residents to propose and vote about plans for their neigbourhood.
How the money precisely will be spent is not known yet, but D66 will keep tracking
that the district always will keep informing and involving the international citizens of
Amsterdam South.

Erik Schmit (district-councilmember): “As D66 we strive that all citizens are equally
informed and can participate in our district. With the upcoming city-elections in March
many internationals can vote. All EU-citizens and non-EU citizens who are registered
more that 5 years will be allowed to vote. We are very happy that with this extra
budget internationals can be properly informed about the latest news in their district.”